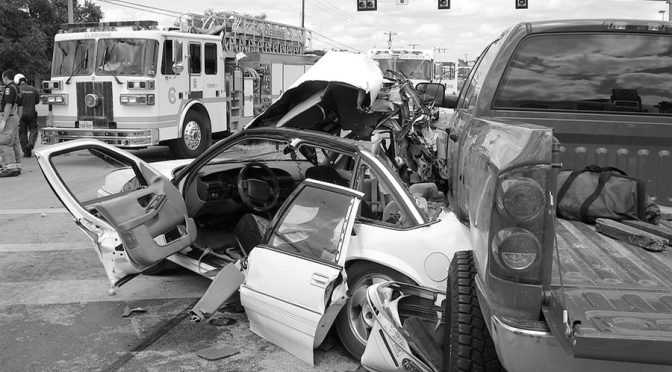 In Texas, lawmakers recognize a law, under homicide, for situations where a person is Driving While Intoxicated (DWI) or while drunk and cause another person’s death. This law, in Texas specifically, is known as intoxicated manslaughter. Though other states have a variation of homicide that applies to such cases, Texas is the first station to make intoxicated manslaughter an independent offense from homicide.

In order to fully grasp what intoxicated manslaughter is, you have to know the terms that it is made up of.

Illegal drugs and alcohol are often the causes of intoxication, though it can also be as a result of prescription medications, or an intake of a combination of different substances. Individuals who are intoxicated or drunk lack the ability, both mentally and physically, to drive or operate any form of vehicle. It is important to note that you may be intoxicated even without feeling high of drunk. An example of this is if the blood’s level of alcohol is above the legal limit. Thus, even if you aren’t drunk, legally, you are intoxicated.

Drunk Driving in a Vehicle

An example of this is when a person, in the state of Texas, assembles or operates a carnival park ride while intoxicated. If it results in someone’s death, then the person will have committed intoxicated manslaughter.

There are a myriad of penalties that can be imposed on someone if it can be proven that they committed intoxicated manslaughter. The penalties can differ, depending on the circumstances of the case.

In addition to prison sentences, a convict of intoxicated manslaughter will pay significant amounts in fines. Texas has a limit of ten thousand dollars.

If you are a resident of Texas and have been charged with intoxicated manslaughter, it is important to look for an attorney that is experienced and well versed in Texas Law. Be it for legal advice or to fight the case. Regardless of the case, you need an attorney that has firsthand experience when dealing with such types of cases.